PlantTape is well-known for the efficiencies we bring to nurseries and to transplanting in the field. The environmental benefits of our automated transplanting system is often highlighted less, but is equally important as farmers are challenged daily to become more sustainable while feeding the world.

Our trademark plant tape material is what enables our entire system, from sowing through transplanting. The tape is biodegradable, which is one of the key factors in allowing the PlantTape automated transplanting system to be such a game changer. Because the tape can go directly into the soil, the plant is never touched during planting.  Once in the ground, the tape is still visible if a plant is uprooted from the ground.  However, after the field is harvested and the remaining plant material is disked back into the soil, the tape will disintegrate over time among the other organic matter.

Peat is a primary component of crop transplanting globally. With many world governments considering limits on peat mining, peat costs can be expected to increase in the coming years creating another increasing cost for growers while food prices remain the same.

The UK, for example, plans to ban sales of peat compost to the general public by 2024. Meanwhile, the National Trusts’ joint statement on peat calls for “a complete ban on the use and sale of horticultural peat.”

By using PlantTape, growers can cut peat costs significantly, while staying on the good side of environmental issues—and of governments with an eye on the peat industry.

The PlantTape system reduces peat usage by up to 98% compared to other transplanting systems. Where a traditional peat block is 120 cubic centimeters, PlantTape uses only 3 cc’s per seedling. 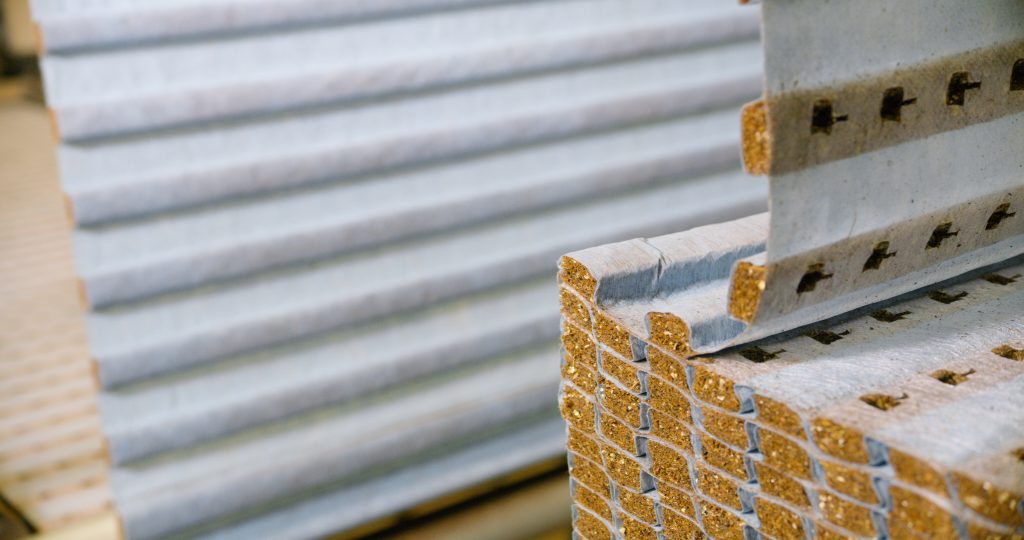 Biodegradable PlantTape material prior to the seeds being sown.

In contrast, PlantTape’s reusable nursery trays last multiple seasons. With their sturdy construction and modular design, they serve growers year after year, diverting tons of plastic waste from the landfill.

Some growers find that adopting the PlantTape automated transplanting system results in lower field inputs. Because plants spend less time in the field and more time in a controlled environment, necessary inputs are applied precisely, as needed.  Some growers in California’s Salinas Valley report a 10-15% decrease in watering and fertilization requirements on the lifetime of the crop with PlantTape as compared to traditional transplanting systems.

A nursery utilizing the PlantTape system is more efficient per square foot of floor space. A PlantTape nursery tray holds 840 seedlings, compared to 338 seedlings for a standard nursery tray. The PlantTape tray is only slightly larger than the conventional tray, so PlantTape more than doubles greenhouse holding capacity.

Because PlantTape can double greenhouse productivity, nurseries achieve an equivalent throughput with half the greenhouse land-use footprint. Smaller greenhouses require less heating, lighting, and other inputs.

A nursery with the goal of doubling production would traditionally need to double floorspace, which would mean increasing electricity usage, water usage, and other inputs. With PlantTape, in contrast, it can achieve its goal with its current floorspace and inputs. 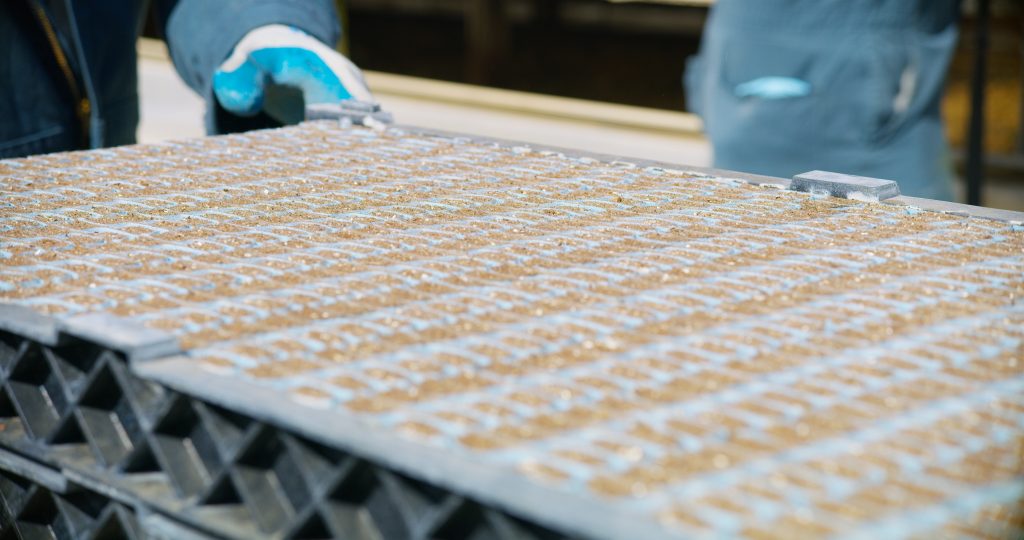 PlantTape’s planter modules are driven by a hydraulic system. The hydraulic drive allows consistent spacing, even in challenging conditions, unlike chain-and-sprocket ground-driven transplanters that often slip or skip plants in sandy or slick soil.

The PlantTape transplanter’s computer system ensures that each seedling is placed into the soil with the utmost precision. A wheel tracks fluctuations in ground speed and the computer calibrates the speed of the transplanter modules to ensure that plant-to-plant spacing remains consistent whether the planter is going 2 miles per hour or 5 miles per hour (note that we’ve successfully proven our transplanter at 20mph, though we don’t recommend going that fast for production planting).

PlantTape’s  easy to use computer system enables adjustment of plant-to-plant spacing in quarter-inch increments. this increased granularity gives more precision to growers, allowing them to experiment and fine-tune planting stands to perform and grow best in their local conditions.

As a result, PlantTape crops often have higher-quality stand counts which then results in a better crop yield. As with nursery productivity, growers often achieve higher productivity out of equivalent acreage by adopting PlantTape for vegetable, tomato, and hemp transplanting.

From the sowing line to the nursery to the field, PlantTape drives multiple efficiencies that reinforce one another. As one precision agriculture solution among many emerging farming automations, PlantTape is helping drive the future of agriculture.

Precision agricultural technologies such as PlantTape empower growers to produce more with less, which is good for the earth—and for the nearly 8 billion people living on it.